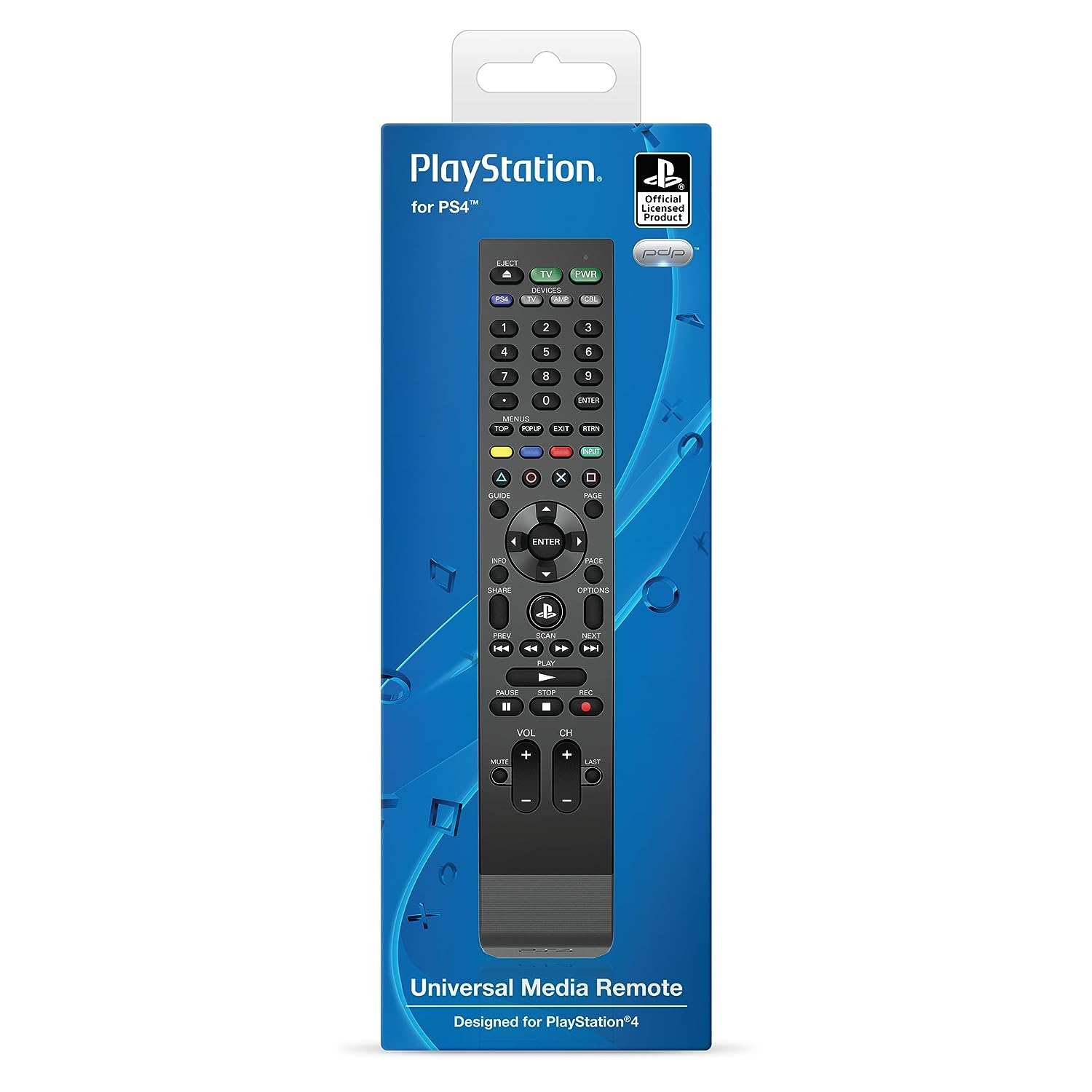 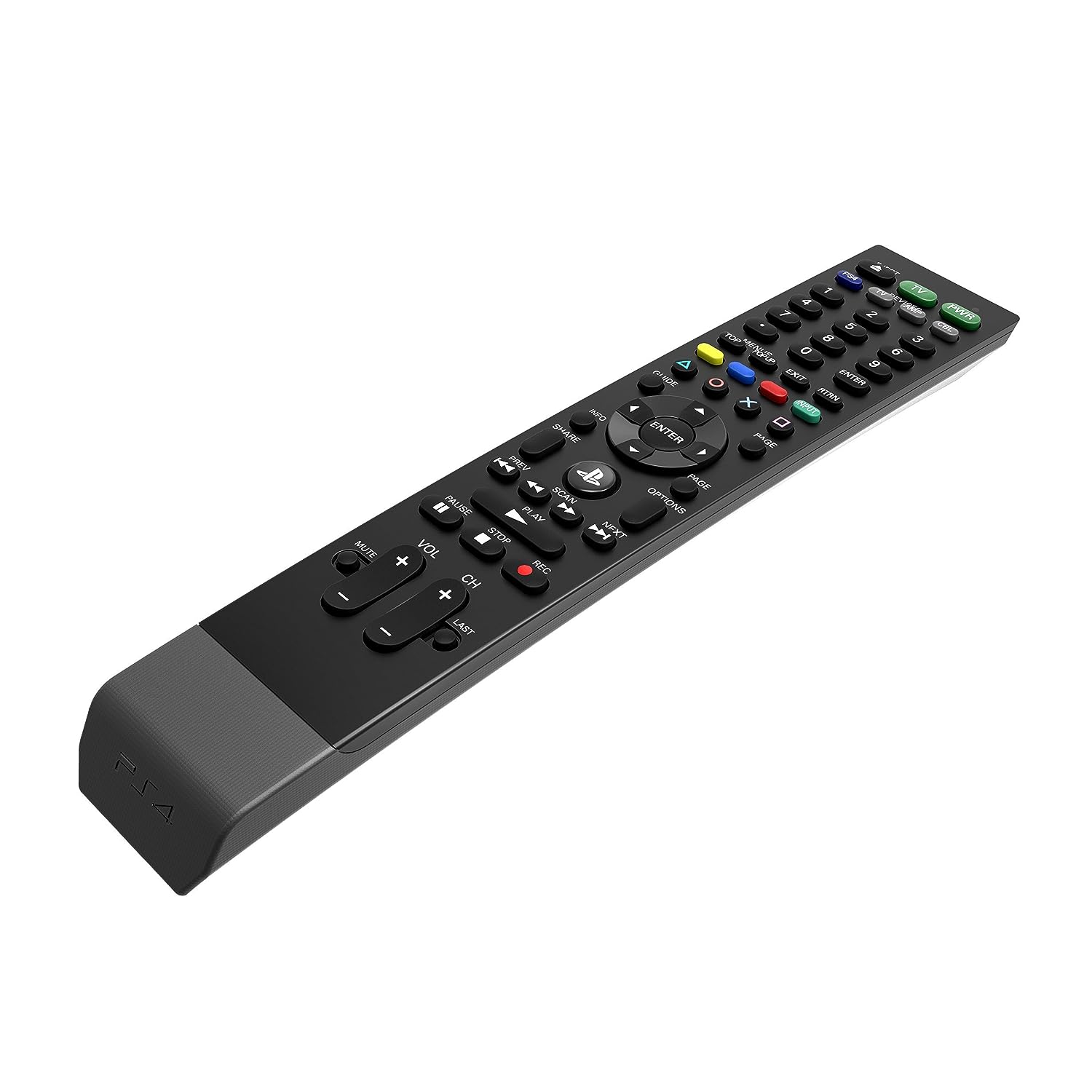 
The good news is now you can, since we’ve worked closely with Performance Designed Products (PDP) on a Universal Media Remote for PlayStation 4 that will let you turn on the system, navigate the UI, and control video content on apps like Netflix or on Blu-rays and DVDs.
Klicken um auszuklappen...
The Universal Media Remote for PS4, which will be available in the U.S., Canada and Mexico when it launches later this month, uses Bluetooth to control PS4 and can also be set up to control up to three additional devices, including a TV, cable box and audio receiver. It also features many of the most important buttons for navigating system menus and entertainment apps on PS4 including the Action buttons (triangle, circle, cross, and square). Like DualShock 4, the remote also features the SHARE, OPTIONS, and PS buttons.
At launch, the remote will be fully compatible with the following apps and services (with more to come later):

Pick up the Universal Media Remote for PS4 when it releases later this month for $29.99 (MSRP) or pre-order it now.
Klicken um auszuklappen...
Bilder: https://www.flickr.com/photos/playstationblog/albums/72157657273172963

EDIT: to the above poster, it does nothing in YouTube. No directionals, no buttons, nothing. The only thing that works is the PS button to return to the dashboard. CrunchyRoll and Amazon both work fine for menus (have not tried playback on Amazon yet).

EDIT2: this is not seen as an additional controller. When the PS4 is on, you get a separate remote icon for batter life and the PS4 recognizes it as a remote. So I'm guessing apps will need to have this functionality patched in.
Klicken um auszuklappen...
http://www.neogaf.com/forum/showpost.php?p=181858578&postcount=85