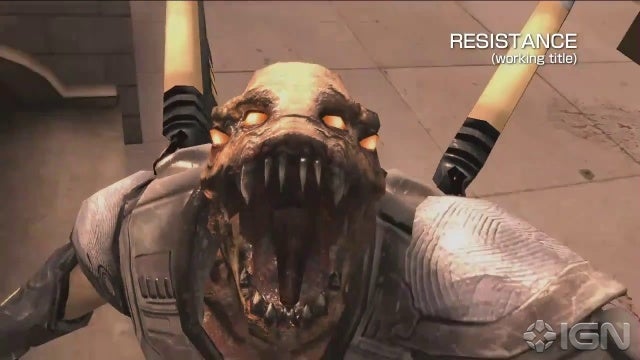 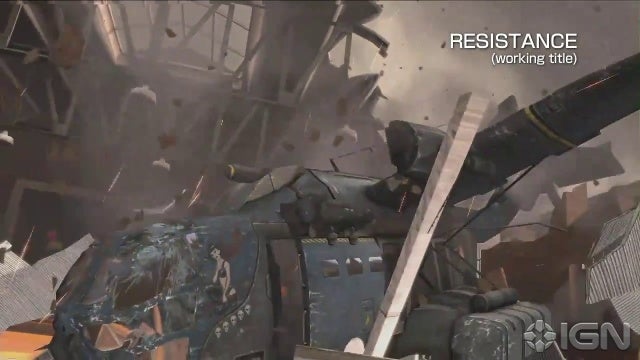 “[Sony] were looking for PS3 developers to milk the power out of the Vita, and I think that’s definitely the right way to go because it’s got a lot of power,” Nihilistic’s Rob Heubner told the US PS Blog.

Huebner said similarities between the PlayStation 3 and Vita’s capabilities meant it wasn’t “really that big of a change” for the studio to switch over to the new portable.

“We’re a PlayStation 3 company. That’s our engine, that’s our technology,” he said.

No release date has been set for Resistance: Burning Skies
Klicken um auszuklappen...

- Totally new game for the Vita
- You enter through the LiveArea
- Shuhei Yoshida is showing the game
- He's on the main Resistance screen
- My Resistance Net is an online community site, which has its own section
- There there's a icon for your profile
- Scroll down in the main screen
- There's an activity area
- It's like a Twitter feed
- People can post and respond to short messages
- He's going to play Resistance Burning Skies
- It is set in New York
- New York firefighters must protect from Chimera
- There is an fireman's axe
- You also have a machine gun
- But it shoots a BLUE LASAR
- It looks like we are in some sort of research facility
- Pops off a few Chimera
- You can use the touch screen to mark a Chimera
- and then throw a hand grenade at it
- The shoulder button is shoot
- Thumbsticks control camera and character
- Just such an axe into a Chimera's neck
- Large Chimera enters, looks like a boss battle
- It will have online mutltiplayer
- It will be out this Dec
Klicken um auszuklappen...
Zuletzt editiert: 15. September 2011